While Australians are travelling abroad for cheap medical care, international visitors are coming here for quality care they can trust. 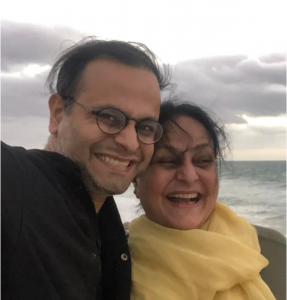 When Rabia Tahir arrived at Adelaide airport last year, she was cautiously hopeful. Never having been out of Pakistan and understanding but not speaking English, she had made the journey alone.

Rabia was suffering the consequences of a surgical mishap and had come in search of treatment. Two years before, she had undergone a routine hysterectomy during which her bladder had been punctured, leaving her with urinary incontinence.

It was so severe that one and a half of her two suitcases were filled with incontinence pads.

Waiting at the airport was her middle son, Cyrus Tahir. He had  been in Australia only a few months but had a plan to bring her relief.

Tahir had been with his mother during the hysterectomy at a medical facility in Lahore and had watched her life contract afterwards. Rabia was then in her mid-50s and the incontinence reduced her social interaction with the world.

Having financed the first operation, Tahir paid for a second, to repair the damage. That failed, so Rabia went for another attempt.

That failed too. There were no more options.

“For me, it was the frustration of not being able to help her out,” Tahir says. He’d spent most of his life savings on these three operations and wasn’t going to give up. He began searching for a solution and discovered there was one, but the technology was not available in Pakistan.

In the meantime, he had accepted a job in Regency Park, Adelaide, as a logistics manager in a fast-moving consumer goods company. The day he landed, he resumed his search. 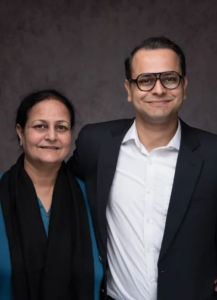 “My mum now has an altogether different outlook on life”: Cyrus Tahir with his mother Rabia.

Within two months he had found a medical management company that provides the infrastructure and organisation for domestic and international patients seeking high-quality care in Australia.

Medical Care Australia (MCA), founded by doctors and specialists, could take his mother through all the steps, from documentation for a medical visa, to tests in Lahore to check her eligibility, to the operation, to seeing her fit to travel home again.

In Lahore, Rabia says the Australian High Commission “was most considerate” of her situation and helped her fill out the forms.

In Adelaide, the operation went smoothly. When it proved a success, mother and son were overwhelmed.

“It’s beautiful the things that you can get done,” Tahir says. “My mum now has an altogether different outlook on life. She’s always been a grateful person but now she’s very thankful.”

With tests, medical insurance, airfares, a hospital stay and surgical costs, this Australian exercise cost him close to $50,000. “For me, a great weight was lifted off my shoulders,” Tahir says. “I felt massive relief.”

This is an example of the untapped industry of inbound medical tourism to Australia, says Van Vlassis, chief operating officer of MCA. “The global medical tourism market size is expected to reach $US180 billion [$266 billion] by 2026, but Australia is not yet poised to be a significant provider of care.”

While an estimated 15,000 Australians go abroad each year seeking cheap care, international visitors come here seeking quality care they can trust. This happens on a fragmented, mostly informal basis and no one knows how many come and from which countries. 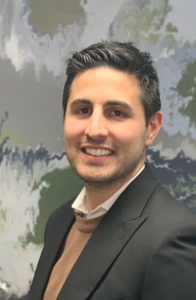 Although no one has taken ownership of developing an industry and the Department of Health currently has no program to stimulate demand for incoming medical tourism, Australia has sporadically been testing the waters.

In 2008, the Australian Tourism Export Council formed a panel to discuss how to get into the market. The GFC was biting and it was looking for strategies to lure more international visitors.

In 2011, Deloitte Access Economics was commissioned by the Department of Resources, Energy and Tourism to conduct a scoping study on Australia’s viability as a medical tourism destination. It suggested Australia could appeal to a premium niche of middle- to high-income earners in booming economies such as China and India.

In 2012, there was interest in increasing the medical capacity of northern Australia because of its proximity to Asian medical tourists.

Before MCA incorporated in 2016, Vlassis says the company took a close look at competing Asian destinations. Singapore, in particular, had the support of its tourism board and ministry of trade and had become a leading medical tourism destination, offering quality, cutting-edge care in an English-speaking, First World environment.

In Australia, MCA is one of a few agencies focused on bringing in medical tourists, mainly from China. As it is too expensive for patients to visit the facilities themselves and return later for treatment, it has created a health tour to bring agents from China, some of who are medical professionals, to inspect the set-up.

We could easily compete, particularly for the Chinese market because we are closer, cheaper and our quality is as good, if not better.

Although MCA is still in its infancy, Vlassis says its difference is it’s run by doctors who understand the complexity of the issues, and it has the structures in place to manage foreign patients. MCA also provides consultations and second opinions online, which are inexpensive options and serve as a portal for patients to come to Australia later.

Vlassis says Australia could compete with the US’s mature medical tourism industry, which focuses on providing treatment at centres of excellence.

“Our centres of excellence could easily compete, particularly for the Chinese market because we are closer, cheaper and our quality is as good, if not better in some areas,” he says. “In addition, many Chinese people live here, there is family, there is trust and there is an appetite for Australia.”

For the industry to grow, Vlassis says support from government is essential. “We need all the subsectors of health to get together, identify areas in which we can claim international leadership, and market them on the world stage.”

In 2016, a report by PwC suggested a different way of capturing a share of the medical tourism industry through the selling of telemedicine and other telehealth services, which remotely diagnose and treat patients via telecommunications technology.

Australia has been a successful adopter of these services, using them for remote areas where geographic isolation and sparse populations make accessing face-to-face medical care difficult.

Teleradiology is already a reality, with Australian radiologists working during the day to provide “night reads” of images, ready for their US and European colleagues in their morning.

At Sydney’s Macquarie University Hospital (MUH), a pilot study has shown it’s even possible to monitor an intensive care unit in Atlanta, as America sleeps.

And there could be telesurgery too: David Gillatt, director of MUH’s medical and surgical services, and a professor of urology and world expert in robotic surgery, says while it is not yet safe to do so, one day a surgeon could sit at a consul in Australia and operate on a patient abroad.

While it is already possible to follow an operation and give advice, 5G technology will make it possible to guide the hand of the operating surgeon abroad. 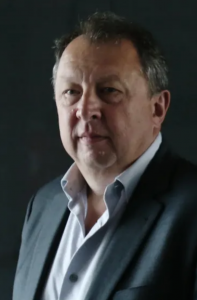 Remote advice is another entry point into the industry. Currently, multi-disciplinary teams often advise on complicated cases and it is not unusual for a specialist to join a team via video link from another hospital. “If it’s done across cities, it can be done across oceans,” Gillatt says.

“We are keen to encourage more medical tourism. While some hospitals in Sydney have contracts with Pacific islands, the strongest link for us is through direct referrals from [overseas] doctors with personal links to doctors here, who they have studied or trained with.

Another aspect of this industry is wellness travel, where tourists come to Australia for early detection of disease while having a holiday.

“Referrals also come because of perceived expertise. MUH has world-class facilities in eye surgery and neurosurgery. It’s also a leading centre for limb reconstruction and has attended to a variety of British soldiers brought over from Iraq, and a few Americans and Canadians too, who needed limb surgery,” Gillatt says.

“Some patients find us on the internet and some come because they have relatives here. We have a hotel on site, two more across the road and are devising package deals for medical tourists.”

Another aspect of this industry is wellness travel, which sees tourists coming to Australia not for treatment, but for early detection of disease while having a healthy holiday.

Life First has a program that begins with a comprehensive health check-up followed by optional activities such as yoga, personal training, nature hikes or time at a health resort.

The company’s CEO, John Hall, says the concept arose when high-net-worth individuals from China requested a full check-up.“Some of them used to go to the Mayo Clinic in the US, but they preferred to come to Australia.”

Jill Margo is an adjunct associate professor at UNSW Sydney