Imagine being thrust into a situation where you are facing decades of permanent incontinence.

In laymen’s terms, imagine, as a mature functioning adult, wearing nappies for the rest of your life.

This was the fate facing a Pakistan woman, forcing her to seek care and an alternative approach in Australia.

“The complexities which had occurred in her home country had been quite great. A failed hysterectomy with complications, she’d had two attempted repairs and she had been left incontinent, permanently incontinent, with what her specialists (in Pakistan) told her was no hope of repair. From our perspective both as medical officers and human beings, this was an important case we wanted to help with”. 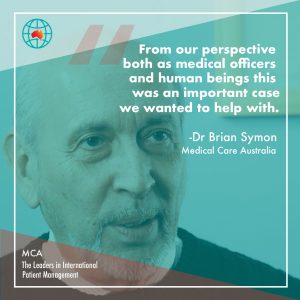 1. During a seemingly routine hysterectomy in 2017 (that took 12.5 hours) a catheter was left in-situ for more than two weeks.

2. Post removal, the bladder was obstructed and urgent repair was performed.

Vesicovaginal fistula is an abnormal tract extending between the bladder and the vagina.

Incontinence is the lack of voluntary control over urination. 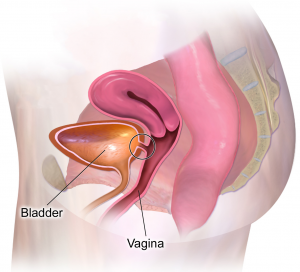 The patient was in a debilitating state, forced to wear nappies, chronically affecting her social life, while being put in a situation that created mental and physical stress for her and her family.

“Despite trying the best medical facilities available in Pakistan, we were unsuccessful and left frustrated. She would not have water stay in her body, so she was dehydrated most of the time, resulting in muscle cramps and other issues. On the social side, it was not a pleasant situation to be in, she would avoid going outdoors, not staying out on social occasions”.

After exhausting all options in Pakistan and being told no further help was available, Cyrus was forced to source alternative care for his mother in Australia.

“I searched online to find an organisation that could facilitate quality medical treatment for my mother and that is where I came across Medical Care Australia”. 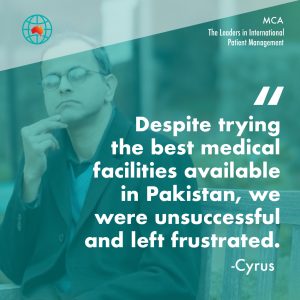 Who is Medical Care Australia?

“MCA has been set up from the beginning to provide a complete service. We are not looking at providing one fraction of the total care package, so we will give an initial health assessment done by medical practitioners, identify the validity of the problem, identify a solution, help with getting a medical treatment VISA, transporting to Australia, accommodation (if required) and monitor their care, once they are here in our health system up until the point they leave Australia. An end-to-end 360-degree support package”. 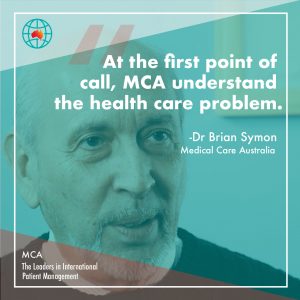 The complexities around the case and the negative outcomes the patient had experienced in her home country made it imperative Medical Care Australia ensured the appropriate doctors and facilities were available to help.

Dr John Bolt from South Terrace Urology was the specialist and surgeon appointed.  As head of the Urology at Royal Adelaide Hospital, Dr Bolt has an enormous amount of experience in urological oncology and incontinence matters. 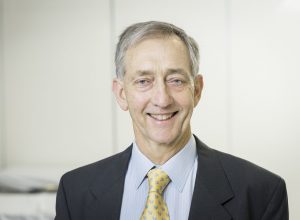 After his formal training in the General Urology Fellowship in Australia, he gained further specialised training in the Fellowship position at UT Southwestern Dallas, Texas. This gave him greater exposure to major urological surgery, prosthetic surgery, and bladder reconstruction. To this end, selecting Dr Bolt as MCA’s partner specialist for this case was an easy decision.

The patient was admitted into St Andrews Hospital, one of Australia’s largest independent private hospitals and leading medical institutions. Opened in 1936, It has a rich history of high performance, attracting some of the highest regarded specialists and service providers in the country.

As a key collaborator and MCA partner, St Andrew’s played a key role in facilitating this case, ensuring excellent patient service and outcome. 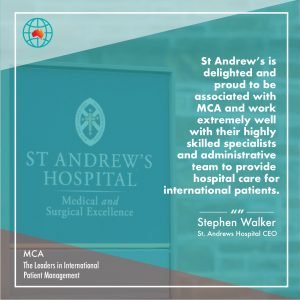 Although a high level of medical expertise was afforded to the patient, there was no guarantee that she would return to her normal state, pre hysterectomy. In some patients, risk of surgical failure is high, as is the possibility of enlarging the size of the fistula and devitalising surrounding tissues.

Despite the risks, the surgery was a success. The patient is now back in Pakistan, living her life as it once was.

Dr Brian Symon summarises the conclusion of this case beautifully.

“Now that she is well, and continent and back doing… I mean simple things. Going out for a cup of coffee, being able to be physically more than 2 metres from a toilet. Things we all take for granted. When they are taken away, and then given back, to the benefit of the patient and then the improvement in the emotional wellbeing of the family, it’s huge!” 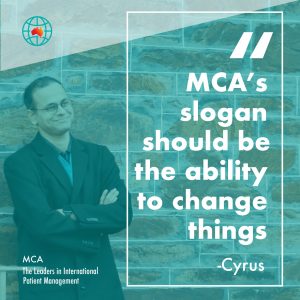