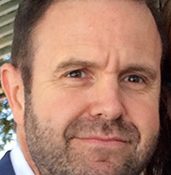 David King BMedSc(Hons) MBBS FRACS(GenSurg/Vasc) originally trained in medicine in Adelaide, graduating in 1993, and spent a year doing research in surgery for a Bachelor of Medical Science (Honours) degree. He then trained in general surgery in Australia, mostly in Adelaide, but including some time in Darwin. Having completed a general surgical fellowship with the Royal Australasian College of Surgeons, he undertook sub-specialty training in vascular surgery in Australia and spent a year in England gaining further experience. In 2003 he was appointed as a consultant vascular surgeon at the Royal Adelaide Hospital (and for a few years at Flinders Medical Centre) and continues in that position as well as running a busy private practice.

Dr King is experienced in all facets of arterial surgery including surgery on carotid arteries, the aorta and peripheral vascular disease as well as assessment and surgery for diabetic foot problems, vascular trauma and renal access surgery. He also has experience in rare vascular conditions such as carotid body tumours, popliteal entrapment syndrome and aneurysms of small arteries. He has excellent peer reviewed results with both open surgery and endovascular techniques, but is also generally a thoughtful, conservative surgeon, who will adopt non-operative options when appropriate. He is regularly asked to assist other surgeons with complex surgery in a variety of areas when vascular structures are at risk, eg in some spinal surgery and resection of soft tissue tumours.