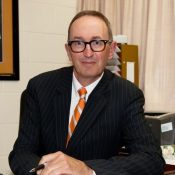 Dr Peter Sutherland trained in Australia, the USA and the UK and has since gained over twenty-five years experience in Urological practice. He was the Head of the Urology Department at Adelaide’s largest teaching hospital, The Royal Adelaide for twenty years. With the University of Adelaide’s Department of Surgery, he manages a team of researchers offering trials of new drugs and techniques for many Urological conditions.

Dr Sutherland was instrumental in leading the first surgical team to introduce robotic radical prostatectomy into the Australian public health system. He has performed more than 2000 da Vinci procedures over an 11 year period making him one of the most experienced robotic surgeons in Australia.  He continues to complete more than 130 cases a year and through his association with the Royal Adelaide Hospital, he provides a robotic service to both public and private patients.

1995-April 2014: Head of the Urology Unit at the Royal Adelaide Hospital, Adelaide.

1984: Appoiinted: to UCLA Medical Centre as a Foreign Fellow under the guidance of Dr J Kauffmann, Chief of Urology. Again, the main focus of this appointment
was in the area of Andrology.

1983: Appointed to Institute of Urology, London as Clinical Assistant with Dean of the Institute, Mr John Pryor. This Fellowship was principally in the area of Andrology which was Mr Pryor’s main area of interest.