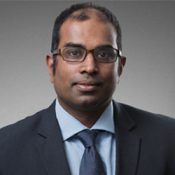 Dr Shanthan Ganesh is a specialist Colorectal and General surgeon.

He graduated from medicine at the University of New South Wales in 2001. He completed his General Surgery training in Sydney, obtaining his FRACS in General surgery in 2009. He also has a Master of Minimally Invasive Surgery (University of Adelaide) and a Master of Surgery (University of Sydney). He was selected for the Colorectal Speciality training program with Fellowships undertaken at the Queen Elizabeth Hospital, Adelaide and the Austin Hospital in Melbourne, under the auspices of the Colorectal Surgical Society of Australia and New Zealand.

He is accredited for colonoscopy through Gastroenterological Society of Australia.